Just Another Shit Volcano Eruption Night at the Opera 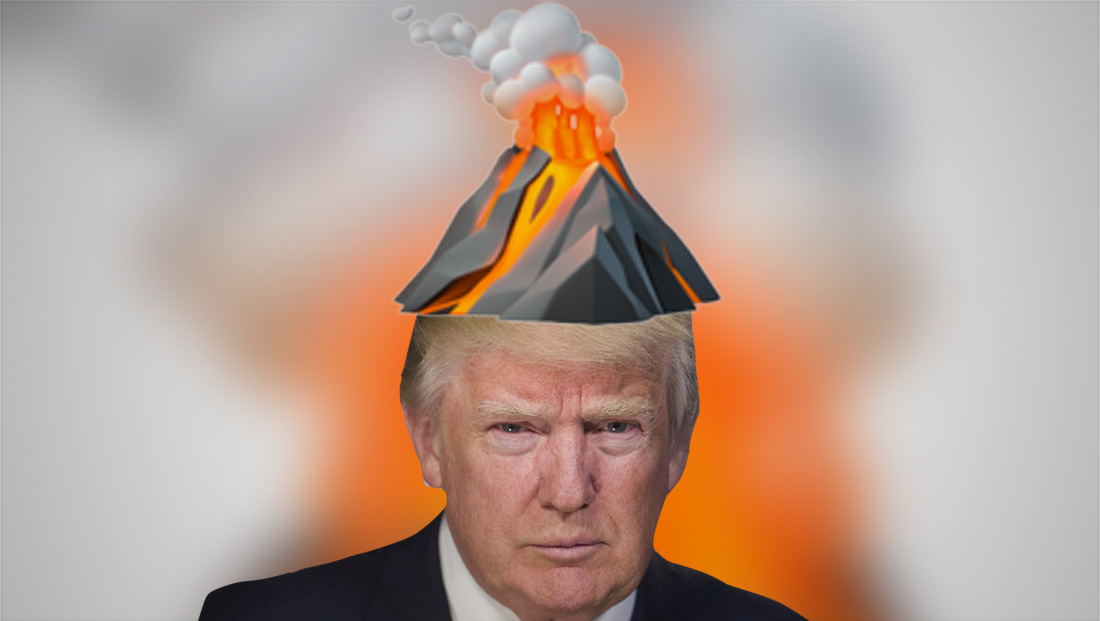 To Michael or whomever posted the comment, “We still haven’t hit the bottom of the barrel” about Trump’s dissing Colin Powell with Trump’s version of a eulogy to a newly extinguished and distinguished Four Star General and former Secretary of state. Maybe because the corpulent orange wigged barrel doesn’t choose to reveal its puckered orange fringed barrel-anus. And maybe the reason for his reluctance is that his barrel’s butts, resemble those of the weird multi-anused denizens of Mos Eisley Contina. Or even worse, may God, fecal hygienists, and military EOD designations forbid, the “Barrel that is Trump” has no anus at all. Who is then responsible for unnecessary “deplorables” protection at rallies when the inevitable occurs and the shit-volcano that is our ex-president finally erupts Pompeiian molten shit down its corpulent slopes and leaving Trump masturbating deplorables forever petrified in the act?

Less likely, but even an implosion would fatally and smellably smother all MAGA hatted attendees, rendering them into the usual zombies of the republican dissuasion. This is a critical situation comparable to nuclear waste disposal in Federally closed tunnels into Nevada’s Yucca Mountain, so spent rods sit in pools near their reactors still emitting life-destroying radiation with half-lives of 25,000 years. That leaves Americans praying the concrete container walls are never earthquaked or stirred like a Bond martini.

And no carpenter, or physicist, has a clue how long the Trumpian barrel staves can resist the internal pressures to which they’re subjected on a normal day, even without all the explosion/implosion hazards living in the volcanic mix of shit and ash altogether. A solution must be found! This can no longer be ignored by republican shit-volcano deniers! America needs action today, not tomorrow! Wake up America before its too late!

My Night At The Border With ‘Operation Lone Star’ In Texas

The Fine Art of Giving a Shit

Mediaite is Hiring a Night Writer