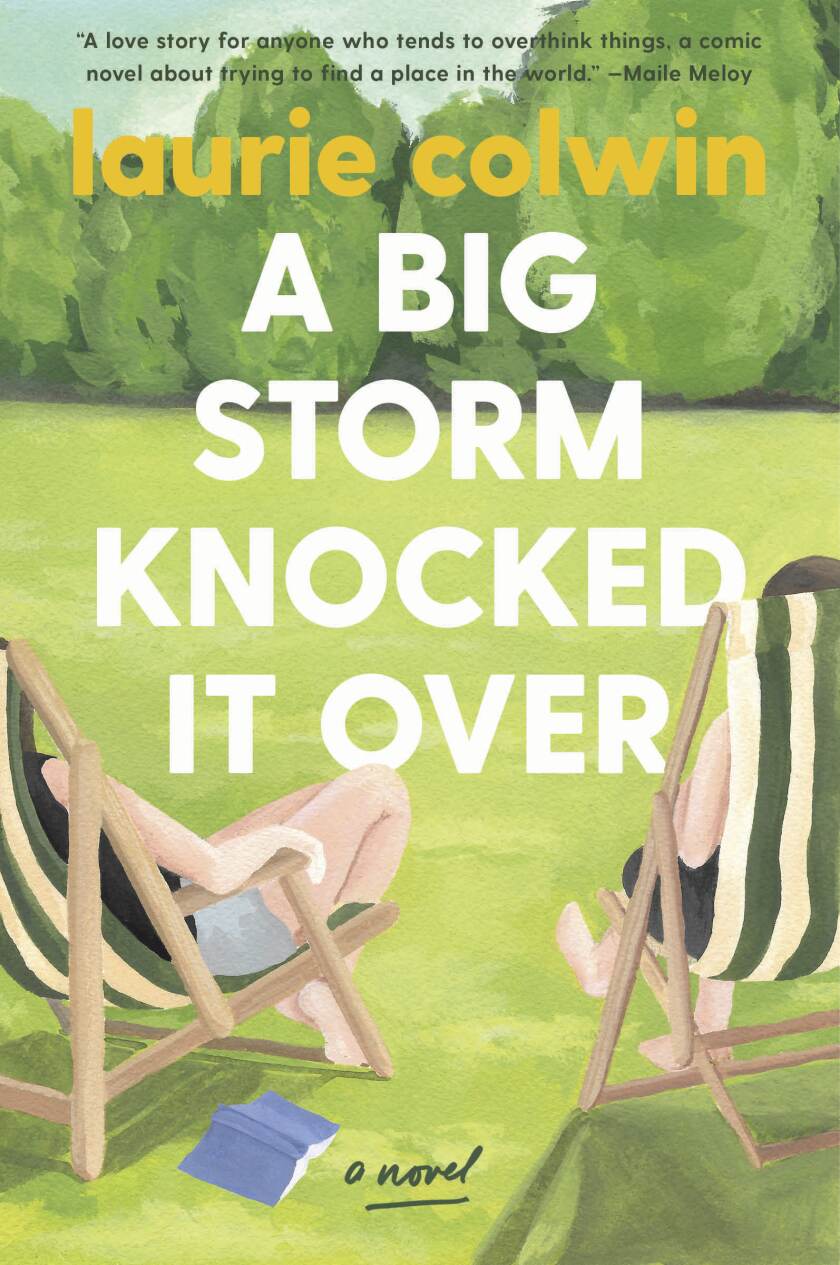 Baylor Wasn’t Happy When They Found Out Gonzaga…

Whenever my mom asks me for reading suggestions, what she’s really asking for is a happy book. This is a tougher assignment than it might seem, because happy books of any substance are few and far between. Literary fiction is a canvas for an expansive array of experiences and emotions, but simple happiness may be too broad a brushstroke for some. Even so, particularly after this past year, it’s truly not too much to ask.

My mother isn’t looking for escapism, nor am I when my reading falls into a slump; rather, we seek crackling conversation in a warm, welcoming room. Not a fairy tale but the static charge of connecting with someone utterly unexpected. When the world is too much, and it certainly is in 2021, my recommendation for a happy book is anything by Laurie Colwin.

Though Colwin died in 1992 at 48 of a heart attack, her books have never gone out of print. A regular contributor to the New Yorker and Gourmet among other magazines, she wrote five novels, three short-story collections and two nonfiction works centered on food and eating. Set against the backdrop of Manhattan during the last quarter of the 20th century, Colwin’s work is populated with middle- to upper-class couples and their contemporaries whose professions are but window dressing; their true occupations are eating, wandering, longing and questioning the conditions of modernity. Or as Colwin called it, “essential life.”

Such surface descriptions make it too easy to dismiss her work as light reading. Well-meaning readers compare her to Jane Austen, which somehow misses the spark of Colwin’s work. Colwin lacks Austen’s fussiness and restraint. With a greater sense of urgency, she captures modern women and men in a distinctly cluttered and complicated fashion. Without pretension, only with idiosyncratic pleasure, she asks rigorous questions about our purpose and place in the world.

This year, her two publishers, Penguin Random House and HarperCollins, will reissue all 10 of her titles between them. Her effervescent first novel, “Happy All the Time,” an examination of courtship and marriage following two besotted male cousins and their skeptical, sardonic wives, was reissued in February. This week brings “Goodbye Without Leaving,” in which a dissatisfied graduate student ditches her dissertation to hit the road, singing and dancing backup for a soul singer for two years only to fall in love with a lawyer; become a mother; and then fall into the arms of an old-soul European scholar. In Colwin’s posthumous novel “A Big Storm Knocked It Over” (April 20), a book designer comes to terms with what feels like the baffling luck of finding love and family — as well as devoted friendship — at the end of her 30s. Throughout Colwin’s fiction, the men are hopeless romantics and the women are restless and uncompromising philosophers. She subverts the marriage plot without batting an eye.

Colwin’s twist on the familiar, the comfort and (dreaded word) coziness of her work, is well-earned. Colwin herself lived with great pleasure. Even during her single days living in a shoebox apartment with a bathtub in lieu of a kitchen sink — as chronicled in her nonfiction essay collection “Home Cooking” (Oct. 12) — she delighted in entertaining. She loved getting to the heart of what made all things delicious.

“She didn’t want to master something simply to master it,” says RF Jurjevics, her child, now 37, recalling Colwin’s eagerness to learn how to make a bread she bought near a local playground. “She was fascinated by the way things work. She wanted to see what it was like to do it herself. She could have just continued to buy bread from this woman but that wasn’t quite enough for her. She wanted to really connect to things in a certain way.”

At a time when lifestyle influencers in signature sweatpants peddle Substack subscriptions and home can feel like a prison monitored by Netflix, Colwin’s ability to revel in the granular experience of domestic life without commodifying it feels refreshing, even novel. Her attention to soul songs as lullabies, sugar flowers on cakes, the striped socks of inappropriate men and the green cast of a gold wedding band amplifies our awareness of and affection for the world. When I read her, I feel tangibly closer to the people I love. I want to call my oldest friends, now several time zones and countries away. I’m reminded of unavailable men whom I yearned for nonetheless. Wrapped up in the preoccupations of her characters, I feel most myself. Her books give us permission to proudly own the confusing impulses that make us so flawed and blissfully human.

For me, it’s Colwin’s untimely death that lingers as I close each of her books. It’s hard to accept that someone who loved life so much is no longer living. When I first fell in love with her writing, I curbed my impulse to binge read all her books. I didn’t want to live in a world where there wasn’t another Laurie Colwin novel waiting unread for me. In fact, there was a final novel manuscript that was never finished. Knopf senior editor Victoria Wilson, Colwin’s friend and former editor, recalls reading it, remarking that the novel-in-progress signaled an expansive shift in tone.

“I could tell that she was in a total transition of her writing,” Wilson recalls. “Her next book was going to be a big breakthrough for her in a lot of ways.” Having shepherded the long careers of authors such as Lorrie Moore and Anne Rice, Wilson can spot a transition when she reads it. “It was thrilling because she had written for so long in a certain style. And of course, within that style, she had deepened as a writer, but this was another level. … It was just a richer, more open experience of life.”

The whereabouts of this partial manuscript is unknown, though it could be filed away in storage. While it haunts me to know that there was an unfinished novel, the unfinished life haunts me more. There’s really only one fix for either condition: going back to the archive. When I confessed my fear of life without another Colwin novel to a dear friend, she set me straight: “Once you read them all, you have the great pleasure of rereading.”

Strangely enough, it was an uncommon act of rereading that marked my first encounter with Colwin. More than 20 years ago I spent Thanksgiving with the family of a college friend. That year, she and her mother enjoyed their own holiday tradition: Instead of watching football or movies after dinner, they would reread stacks of Colwin’s fiction. Now I collect stacks of her books to give away to friends who aren’t already hooked by her charm.

While Colwin’s food writing is widely known, I always felt that her fiction was woefully underappreciated, and in my small way I hoped to correct that with my gifts. As we log off and return to browse for books in stores and libraries, the beautifully repackaged books should catch the eyes of a wider audience. After a year devoid of in-person dinner parties or weddings, playground friendships between moms and unexpected office love affairs, Laurie Colwin’s writing will sate you long after we’re vaccinated and wondering where all our reading time went.

LeBlanc is the books columnist for the Observer; she lives in Chapel Hill, N.C.

How author Nikesh Shukla is teaching his children about race

Justin Bieber’s Mom Not Happy With His Latest Neck Tattoo