‘Legendary’ judge calls out other shows’ ‘mockery’ of vogue 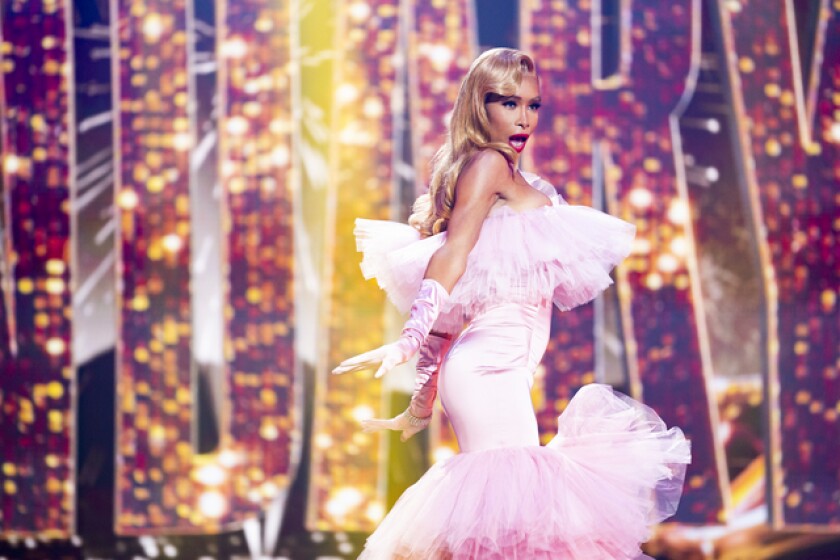 DMX’s Fiancee Wants to be Declared His ‘Common-Law Wife’ –…

Watchdog calls for investigation regarding Biden…

For producers David Collins and Rob Eric, the seed for HBO’s “Legendary” was planted long before the reality competition series got off the ground — when they were invited to a West Hollywood ball, an event where voguing contestants in elaborate costumes “walk,” or compete, in themed categories.

“That was a pretty small ball on a Saturday night,” Collins recalled. “But [it] ended up being one of those moments where you’re like, ‘Wow, the joy and celebration of the ballroom community and getting to be an audience member was nothing short of absolute joy.

“It was from there that we realized this is an opportunity to showcase and celebrate the ballroom community that for so long has been marginalized and not seen for all the glory that they are.”

“Legendary” not only places the community front and center. It has also, in its way, sought its blessing: Before production began, Collins and Eric convened a meeting in 2018 with house mothers and fathers of the L.A. ballroom scene in an office behind La Brea Bakery. (Houses are subgroups within ballroom, whose leader, often a reputable member of the community, is dubbed the father or mother.)

The culture emerged in New York in the 20th century as a safe space for queer and transgender Black and Latinx people who found their chosen families in the community amid exile from their biological roots. Characterized by its voguing dance moves — whose five elements include duckwalk, catwalk, hands, floor performance, and spins and dips — and statement fashion, ballroom upturns the traditional notion of gender performance.

Featured in the 1990 documentary “Paris is Burning,” FX’s “Pose” and now “Legendary,” whose second season is streaming on HBO Max, the ballroom community is making strides toward more mainstream recognition. While Collins and Eric, both East Coasters, were familiar with ballroom, the experience in L.A. showed them something different.

“The common thought is that ‘Oh, ballroom is a very New York thing. And when we went to this ball, it just proved what we’ve known for a long time — ballroom is everywhere,” Eric said.

Father Trey of the House of St. Laurent helped huddle most of the L.A. houses — some of which have been cast in “Legendary” — together for the 2018 meeting with Collins and Eric. With help from members of the local ballroom scene, Scout Productions, the production company Collins and Eric are a part of, filmed the sizzle reel for “Legendary.”

And while Season 1, which premiered last year, was filmed in Stamford, Conn., Season 2 returns the show to its L.A. roots.

The decision to film the season in L.A. was partly made to adhere to COVID-19 health and safety protocols , which meant finding a large stage and creating a “safe and secure bubble” for cast and crew. But it also meant bringing ballroom to Hollywood, a symbolic journey felt by many.

“Even though we got picked up for the first season, I didn’t know how major it could go,” said “Legendary” judge and ballroom pioneer Leiomy Maldonado. “And I say that only because coming from ballroom and being underground for so long, we’ve only been accepted to a certain capacity.

“And I feel like with ‘Legendary,’ we’re being celebrated to such an utmost standard. For me, it’s something that is surreal being in L.A. … and being in Hollywood,” she continued. “For ballroom to be celebrated on that type of platform, it was so surreal.”

Dashaun Wesley, the master of ceremonies on “Legendary,” said the series’ move to L.A. demonstrates that ballroom can be found from city to city, country to country. Wesley, who has been based in L.A. for six years and would throw a ball once a month before the pandemic, said “Legendary” put a spotlight on the local ballroom community.

“Before the show was gonna start, we had talked about possibly doing it in L.A.,” said Wesley, known as the “King of Vogue.” “A show like this opens up an eye on the community itself. It kind of gives people interest in it, because once you watch the show, you’re like, ‘OK, I want to attend a ball, where can I go?’”

Although Wesley has loved the experience of filming in L.A., he hopes the show can continue to expand to different cities.

“I’m hoping that this show will open up a path for more stories to be told because what we’re just seeing is what happens on the runway,” said Wesley, founder of House of Basquiat, noting that both the preparations for balls and interactions within families are rich fodder for television.

The significance of the show is not lost on Maldonado, dubbed the “Wonder Woman of Vogue,” who said “Legendary” is an authentic representation of the ballroom community, unlike another show on air — which Maldonado declined to name because “it may cause drama” — that appropriates ballroom and makes a “mockery” of vogue.

Maldonado believes ballroom is for anyone who respects and wants to learn more about the community. But the “Pose” star wants to remind first-time viewers that what they see on screen for “Legendary” is not just a party. It’s also a culture.

“You love what you see, but we needed this. Without this community, a lot of us would have been lost,” Maldonado said. “And a lot of us wouldn’t even be here to this day. So that’s something that’s for me, it’s more important for people to understand that it’s not a phase, this is not a gimmick.”

A Judge Dismissed The Case From One Of Kevin Spacey’s Accusers, But Anthony Rapp’s…