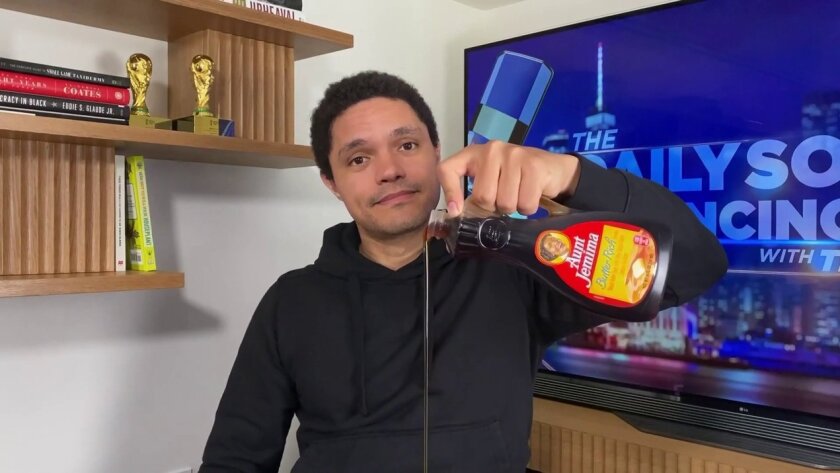 Trump Loses His Mind After Cleveland Indians Change Their…

There were more Emmy submissions than ever last year, but that bounty wasn’t reflected in the variety sketch category, which saw its number of nominees fall to three because there were only 14 contenders. That led the Television Academy to decide to merge talk and sketch series again, mixing and matching the way the Emmys had done before 2015. But show producers in both categories objected, and the plan was scuttled — for now.

Which means that even in a pandemic year that forced talk show hosts to broadcast from their homes and had “Saturday Night Live” cast members beginning the season in the studio with masks and temperature checks, the Emmy variety races shape up to be the same old same old. And nobody’s really happy about that, either, save for the perennial nominees.

Let’s take a look at these races, along with the forsaken land that is the TV movie, with an eye toward whether we might see some new winners when the prizes are handed out in September.

The nominees haven’t changed here for three years, save for the removal of Corden in 2020 as new Emmy rules contracted the category from six to five nominees. That slate probably won’t change this year, though you could argue that Fallon, Corden and Meyers were just as flexible and creative as their counterparts in reinventing their programs. Voters probably stuck with their favorites during the pandemic though, as the late-night programs offer a measure of comfort and stability during trying times.

As to who might eventually take the Emmy, it’ll probably be Oliver, who has won the last five years since Jon Stewart left “The Daily Show.” But I’ll repeat my argument from last year and advocate for Stewart’s successor, Noah, who did a thousand things right, including addressing racial inequality with an empathy and authority that was unrivaled among his peers. Oliver is very good at what he does. But he only produces 30 shows a year. Noah helped guide us through the tumult and turmoil of the surreal past year, grinding out thoughtful, funny, informative shows on a daily basis. (It’s right there in the show’s title.) Again: No disrespect to Oliver. But it’s time to let someone else take the stage.

Next up: “How To With John Wilson,” “Tiffany Haddish Presents: They Ready,” “Ziwe”

Complaining about the quality of “Saturday Night Live” is as much an institution as the show itself. But in its 46th season, it managed to top the ratings among ad-supported shows in the coveted 18 to 49 demographic for the first time ever. Maybe that’s because we couldn’t go out on Saturday night through much of the year. I don’t know. The show delivered another perfectly average season, highlighted by a few genuinely fine episodes — those hosted by John Mulaney, Dave Chappelle, Kristen Wiig and Dan Levy — and at least one predictably dreadful one that worked because it boosted ratings and got people to talk about the show and probably buy a ton of Dogecoin.

“A Black Lady Sketch Show”
But I don’t need to use Elon Musk as a reason to shrug off “Saturday Night Live” and concentrate instead on Robin Thede’s exhilarating and uproarious “A Black Lady Sketch Show” or light a candle and offer a silent prayer that a few voters appreciated the artful intimacy of John Wilson’s HBO docu-comedy that took place on the streets of a pre-pandemic New York City and made you ache for a return to urban life. Are we there yet?

Next up: “What the Constitution Means to Me,” “Unpregnant,” “Black Narcissus,” “Safety,” “Doctor Who”

Even in a year when we spent more time than ever in front of our screens, I’d imagine that most of you reading this didn’t watch more than two of these movies. Broadcast networks aren’t interested in making TV movies because they aren’t profitable like they once were, and prestige platforms like Netflix and HBO prefer limited series and multi-episode documentaries to lure in subscribers and keep them churning through content.

Fittingly, the best contender here is probably the least-seen, Lifetime’s “Mahalia,” an uplifting look at the deeply expressive gospel singer Mahalia Jackson with Danielle Brooks (“Orange Is the New Black”) delivering a powerhouse performance in the title role. Airing a couple of months ago, it offered a reminder to be joyful in hope, patient in affliction. Better days are ahead.

Will protests lead to lasting change in Cuba?

London: What are the TfL face mask rules and when will they change?